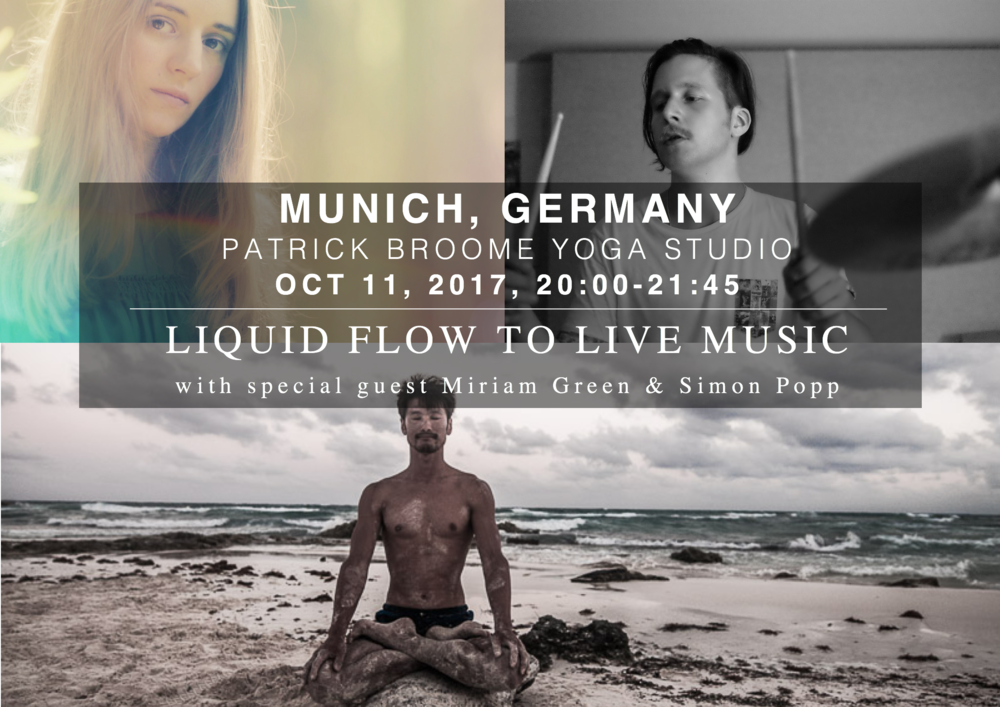 A Vinyasa Flow experience set to the soundtrack of live percussion, looping, piano, and voice. A full practice infused with an immense creativity and dance-like flow.. a fresh and inspired blend of classical and modern Yoga. Practice dynamic asana as a movement mediation in an open system that guides the student to experience the practice as an unscripted adventure. Transcend the normal Yoga experience with inspiration from Miriam Green’s angelic voice and Simon Popp’s extraordinary improvisational percussion with sounds and rhythms from all over the world. Creative sequencing and an artful focus on creative transitions infused with live music adds elegance and vibrancy to the flow of the practice. Be challenged, invigorated and harmonized with a groovy Vinyasa practice with live music!

About Simon: Simon Park began his Yoga journey in 1995 with Shiva Rea in the World Arts and Cultures Department at UCLA. Later acclaimed by Yoga Journal as “one of the most influential and gifted Yoga teachers of the next generation”, he has been leading workshops, teacher trainings, and retreats around the world since 2002. His free-style Vinyasa is fluid, intuitive, and encourages freedom through self-expression. Profoundly influenced by the teachings of Shiva Rea, Richard Freeman, Maty Ezraty, Joan White, and Dharma Mitra, ‘Liquid Flow Yoga’ feels like a beautiful dance between classical and modern Yoga. Dubbed the “Flying Nomad”, he draws inspiration from road legends such as Jimi Hendrix, who said, “the Earth is my home”. http://www.liquidflowyoga.com

About Miriam Green & Simon Popp: Miriam and Simon met during studying music at the University of Music and Performing Arts in Munich.
Miriam, with her soft voice and transcendent sound of her oboe and Simon, a versatile drummer with a passion for rare percussion instruments, connect elements of classical western music with traditional sounds and rhythms from all over the world.
With own songs, vibrant improvisations and mantras interpreted in a contemporary way, the two open-minded musicians will guide you through your yoga asanas.